How City Crushers crushed me.

Surprise!  took part in a game jam again! That’s a surprise because I didn’t see it coming. However: I’m impulsive so when someone tweeted about looking for an artist for Gameboy Jam I signed up in an instant. The good news: It became my best jam to date. The bad news: for the first time in my life I physically experienced stress from my hobby. 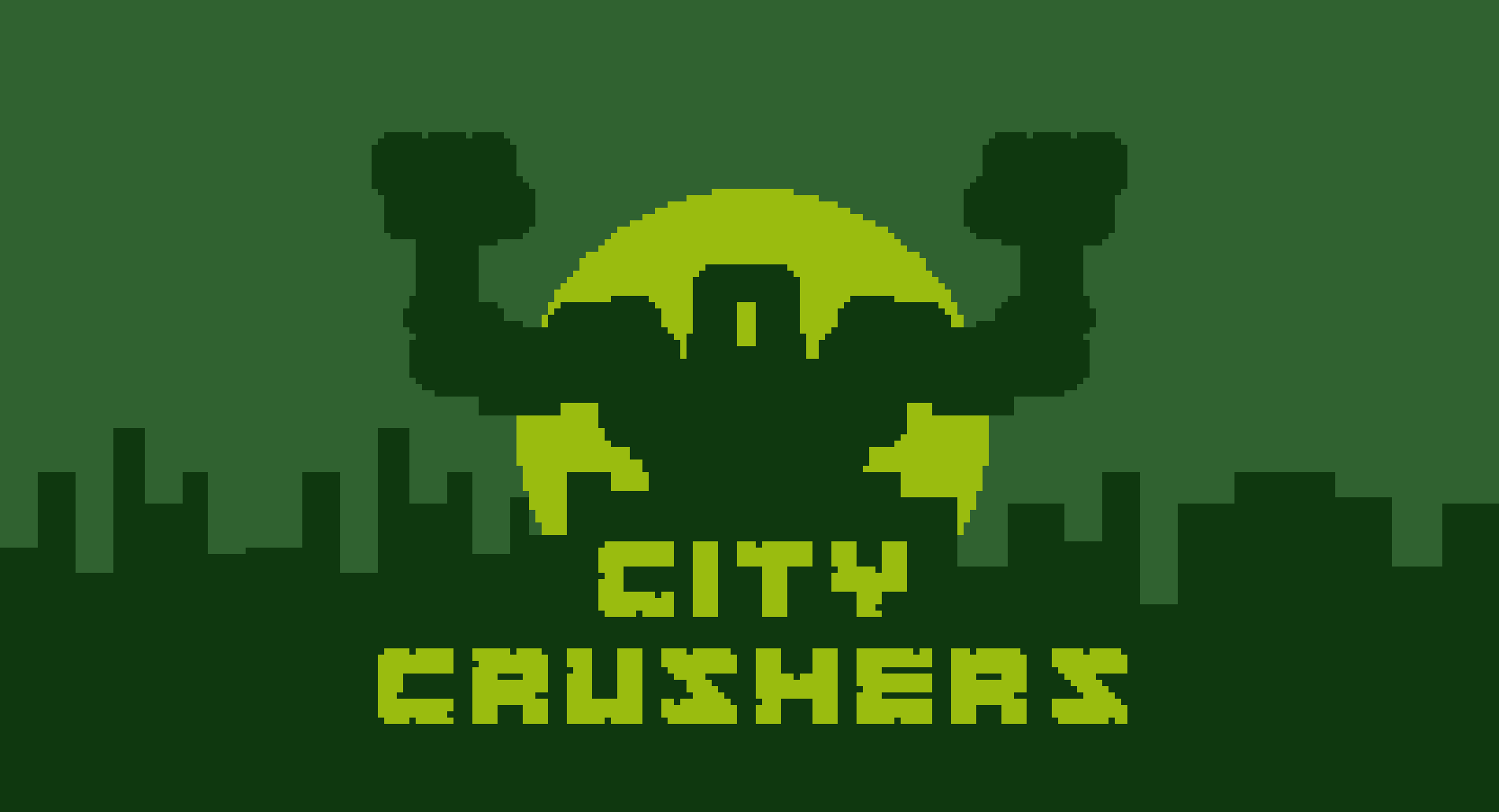 Gameboy Jam is where you make a game in a short amount of time with the restriction that it has to feel like a Gameboy game. For me that comes down to using only 4 shades of green to do ALL your art with. I’ve been spying on retro Gameboy projects from the shadows and I love the challenge and look of Gameboy’s small palette. It felt like a natural thing to do after making some Mutant Gangland pieces which were already low on colour. Mostly this piece. 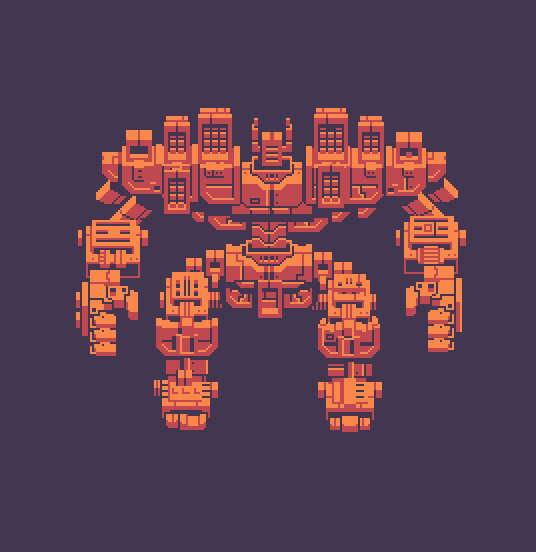 I proposed to do something with that big robot. I scaled it down to Gameboy size and figured it would look cool as the basis for a robot customisation screen. Then Laurent (my new buddy) said he’d see the robot doing some buildings wrecking and basically that was the game’s concept. Wreck buildings with robot. get money. Tweak robot with cash and repeat. We both knew that was a bit too ambitious for a 10 day game project but that was the plan.

First we needed mockups. The Gameboy’s screen is so small that you can’t actually fit a lot of words on a single screen and that posed a problem in the customisation screen. I had to fit in buttons and words like ‘price’, ‘effect’ and ‘confirm’. It was a wreck of a puzzle and just before I figured out it was time to rush to another area. I hadn’t even got the crushing city bit designed!

For this part the robot had to be even smaller. We shrunk it to half-size and it looked like a scribbly mess.  I tried rebuilding a new one from scratch. The original was designed as a walking tank but City Crushers needed more of a construction/demolition vehicle vibe. I made some doodles (no time for details!) and tried pixeling. The result was unpleasant. I went back to the old scribbly one and decided to clean it. This means removing pixels that make it look messy.  Then I added giants fists to emphasise the robot’s primary function. I’m going on so long about the robot because it fills 25% of the screen.

Now for the city. This consisted of buildings you could smash and tiles for the background. The floor. I made some mockups but something was amiss: The foreground and background blended too much. I used the colours all wrong! There was too much dark in the player and building and too much light in the tiles. Noticed that glare on the floor tiles? That’s a problem. So I had to go back and recolour the sprites so the front used the 2 lightest colours and the back used the 2 darkest.

Time flies when you do a game jam and with only 2 days to go I still had to make all the animations and design the city’s floor plan. This was such a big task that we started worrying wether we’d even have time to put in the customisation part. The idea that started this jam in the first place. We just couldn’t pull it off. We dropped it. As we so often drop really cool things in order to get the boat floating.

From here on it was just a game where you could crush a city in a time limit. I worked my butt of to get the remaining work done and somehow Laurent managed to put it all in. Then came the game’s saving grace: Global highscore leaderboards. We stayed up until 3 in the night sending back and forth emails with assets. We managed to send a build before the jam’s deadline and went straight to bed. And I felt very very relieved. It wasn’t what we envisioned but it felt game-y. This also because Joonas Turner joined in to make neat music and sound effects. On his holiday!

The next day and played the game again. I liked it. I still do because the end product transcends the feeling I fantasised a week before. I often get overwhelmed by vibes when I listen to music through my headphones. It’s where I get most of my creative charges from. It’s hard to transport those vibes to another medium but City Crushers did that. Some people even played it and battled each other on the high score chart. 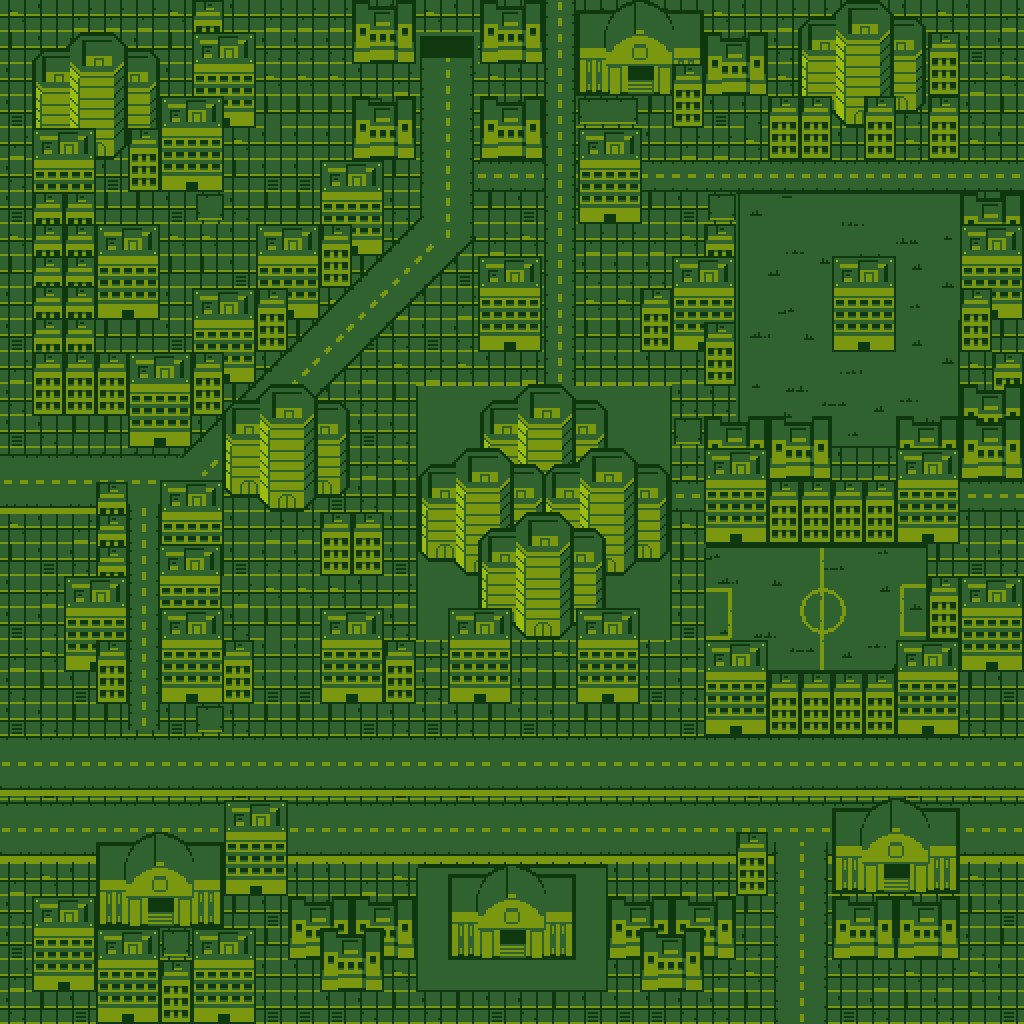 I have a good feeling about this jam. Not just because of the game. Also because working with Laurent went extremely well. Game jams are sometimes made to look like fun and spontaneous endeavours but I find the very hard to do right. Truth is that a lot of people don’t click well with each other when they jam. This can be rooted in personality, project approach or thinking patterns. For me the latter is the biggest factor. Ultimately I want me and my buddy to be able to finish each other’s sentences. There’s jam people that say “Let’s put a banana in there” and their buddy goed ‘Uhh yeah! So random!” but I can’t be that person because I would shout “No! Banana was NOT in the vision!”. I had to trace back our email correspondence to check who came up with what ideas and that’s a good sign. We were on the same thinking page and that’s very rare.

But then in the evening I felt a pain in my chest. Like it was very hard to breathe and when I talked it became even harder. Like you’re constantly at the end of a long sentence. After some Googling I found out it was something I never had before: stress. I probably worked too hard and it took hold of me. It was a terrible feeling and I couldn’t believe it was stress because I had a blast of a time.

Seems you can be entertained and motivated and still get crushed if you work for too long.  I’ll take it as a sign to do less long nights. My sister once told me something that always stuck with me: When your generation goes past age 30 your it walks into a minefield. People around you go down. You can go down. It’s just whoever death picks and I can feel it. My small pains and ills don’t heal like they used to anymore.

The problem is that most creative people cannot feel comfortable doing nothing and never want to disappoint their peers. Joonas offered to make sound and music at the start of his holiday. Laurent worked until 03:00 while he had to wake up for work at o7:30. That’s crazy and I would’ve done exactly the same. Creative people say ‘yes’ to something in an impulse and it always ends up being more work then expected because they just won’t accept showing an ‘acceptable’ product. We want to impress and entertain people. That is a curse that will stick with us for the rest of our lives and the best we can do is damage control on how much time we spend on our work. For it will never ever be finished.

ANYWAY: You can play and vote for City Crushers to win the jam here.