I am a game designer and artist born, Schooled, And working in The Netherlands. Here are some games I worked on: 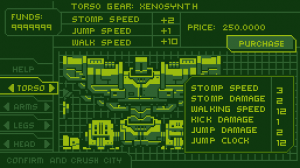 Penarium
A 2D survival platformer where you are trapped inside a sinister circus called the Penarium. Run, Jump, And avoid an array of killer deathtraps while being cheered on by a sadistic crowd that is out for your blood. I did all the visual design, Pixel art, And animations. Game site.

Lethal League
A wicked ballfight brawler where you ram baseballs into opponent’s faces. It’s still being made and as soon as I got word of this game I wanted in. I made some stages for this wicked, wicked game. Game site.

Mutant Gangland
A fast paced turn based strategy game for those with no need for micro management. Create units, capture buildings and wage war against a player or AI controlled opponent. I do the game’s design, art and story. Game site.

Paper vs Paper
One of the first game me and my friends released. It’s a real time strategy with single-button controls. I did all the visual design, Art, And animations, And some voice work.  Game site.